The return of the native

With an Introduction and Notes by Claire Seymour, University of Kent at Canterbury. The Return of the Native is widely recognised as the most representative of Hardy’s Wessex novels. He evokes the dismal presence and menacing beauty of Egdon Heath – reaching out to touch the lives and fate of all who dwell on it. The central figure is Clym Yeobright, the returning ‘native’ and the story tells of his love for the beautiful but capricious Eustacia Vye. As the narrative unfolds and character after character is driven to self-destruction the presence of the Heath becomes all-embracing, while Clym becomes a travelling preacher in an attempt to assuage his guilt. 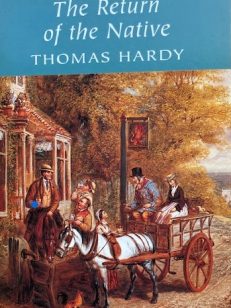