Engelstalig. Wordsworth Classics of world literatuur. This translation first appeared in a privately printed edition in 1904 (the translator remains anonymous). With an Introduction by Derek Matravers. When it was first published in 1781, The Confessions scandalised Europe with its emotional honesty and frank treatment of the author’s sexual and intellectual development. Since then, it has had a more profound impact on European thought. Rousseau left posterity a model of the reflective life – the solitary, uncompromising individual, the enemy of servitude and habit and the selfish egoist who dedicates his life to a particular ideal. The Confessions recreates the world in which he progressed from incompetent engraver to grand success; his enthusiasm for experience, his love of nature, and his uncompromising character make him an ideal guide to eighteenth-century Europe, and he was the author of some of the most profound work ever written on the relation between the individual and the state. 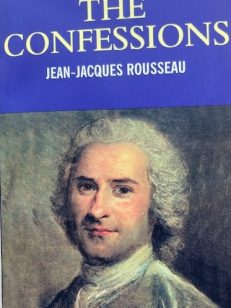